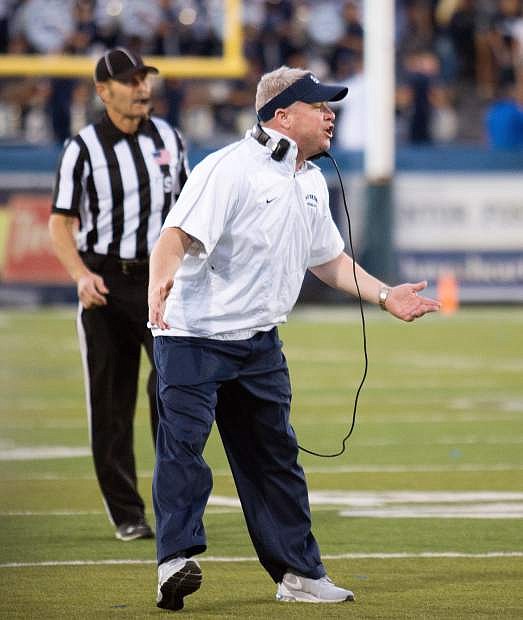 Nevada head coach Brian Polian reacts to a call against his team in the season opener against UC Davis.