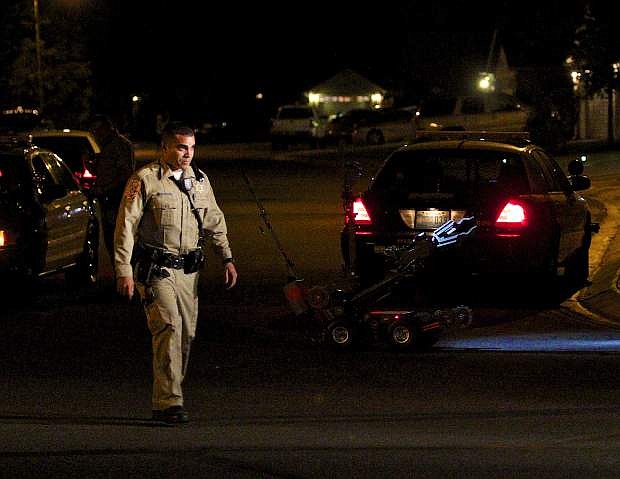 A DCSO officer walks back with the robot that was sent in to the house on Edlesborough Circle during a standoff in Gardnerville Tuesday night.