Confronting fears at the Stratosphere Tower 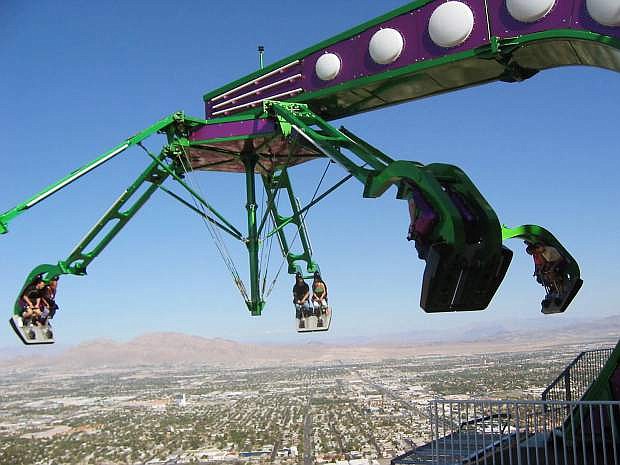 View of the Insanity ride, which tosses riders high above the Las Vegas