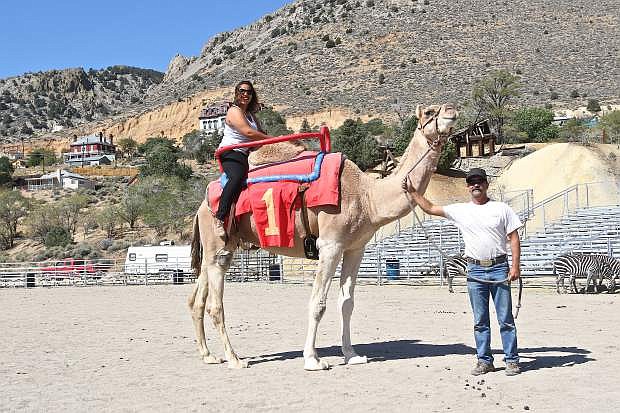 Team Nevada Appeal&#039;s Taylor Pettaway takes a practice lap Wednesday with the help of President of the International Order of Camel Jockeys Mike Jennings at the camel race arena in Virginia City. Gates open at 10am and racing starts at high noon Friday, Saturday and Sunday.