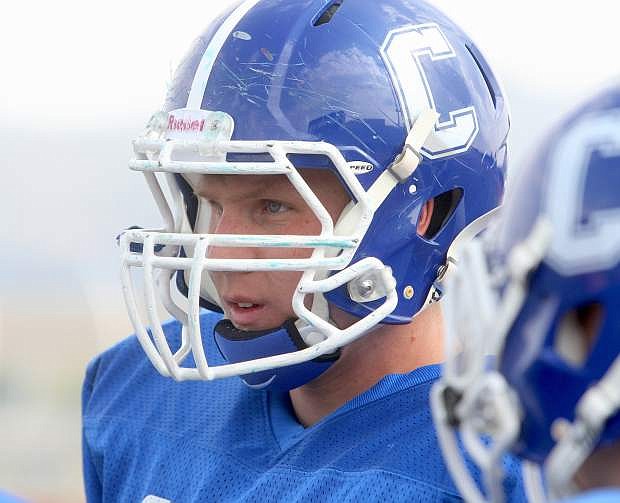 Jacob Drahos listens to instructions from a coach during practice on Monday.