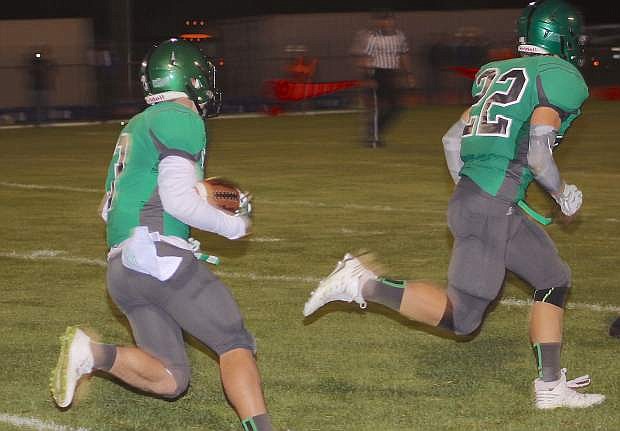 Connor Nelson (3) scores on an 88-yard opening kickoff of the second half one week aga against South Tahoe as Cade Vercellotti blocks. Fallon plays tonight at Dayton beginning at 7 p.m.