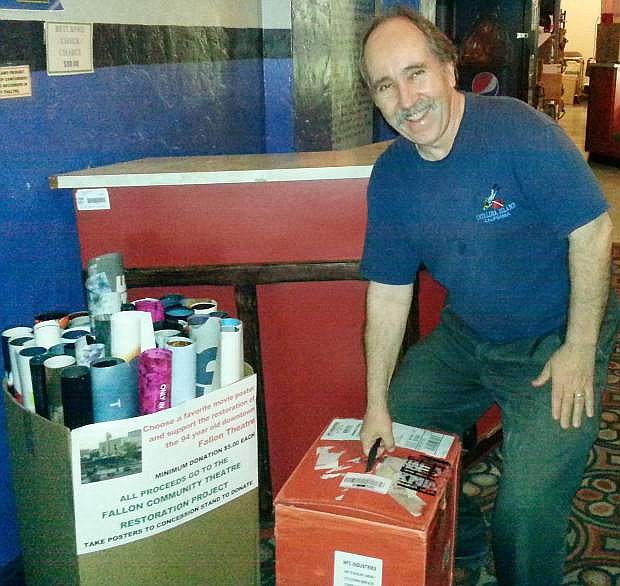 Dr. Stewart Richardson recently removed the last celluloid based movie out of the Fallon Theatre.