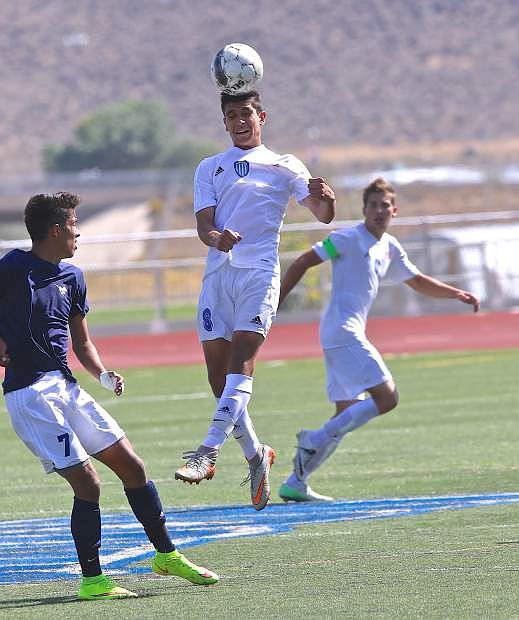 Senator mid-fielder Alejandro Gonzales heads the ball during a game with Damonte Ranch Saturday at the Jim Frank Track and Field Complex.