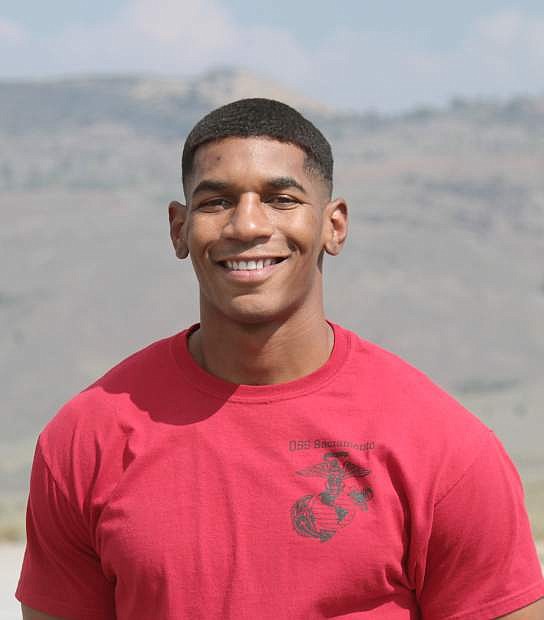 Donnie Kidd, a 27-year-old native of Fallon, trains at Marine Corps Mountain Warfare Training Center. Kidd trained with other officer candidates from Recruiting Station Sacramento as part of Warrior Weekend, a two-day retreat to prepare them for the rigors of Officer Candidate School in Quantico, Va. The candidates hiked steep trails, competed in team exercises, and received classes.