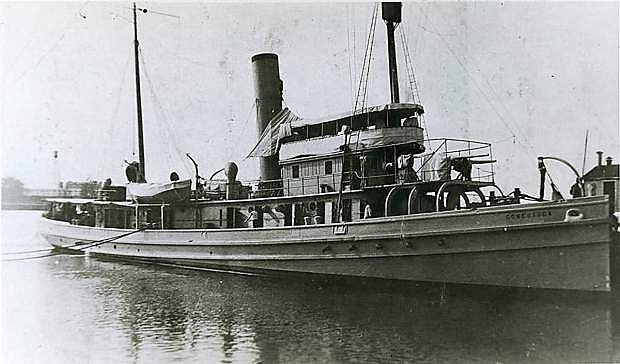 The 170-foot tugboat USS Conestoga is shown in San Diego in January, 1921, two months before it sank off the San Francisco coast.