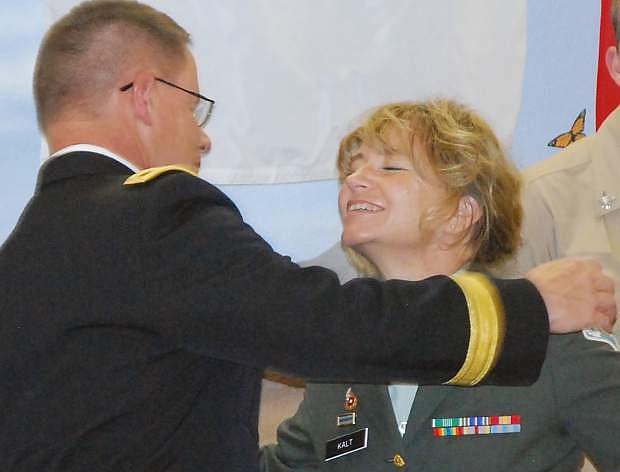 Brig. Gen Mike Hanifan, whose sister is Kieran Kalt, gives her a hug before he spoke at a Veterans Day ceremony in 2013.