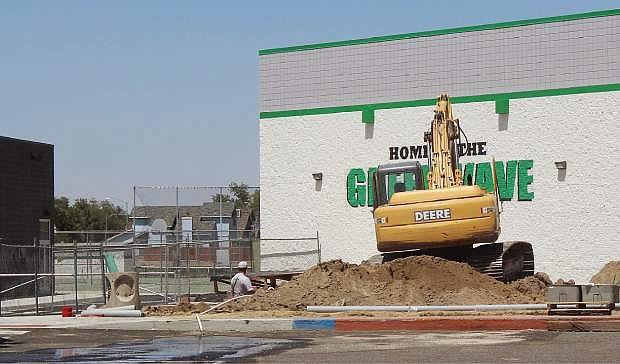 Ground has been broken at Churchill County High School for a new music room.