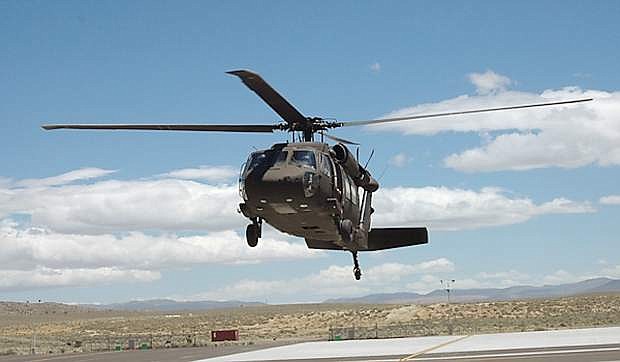 Nevada Army Guard Black Hawk UH-60A No. 7923305 begins one if its final missions during 1/168th Aviation&#039;s July drill. After more than 35 years of completing countless transportation, evacuation and fire suppression missions over the course of 5,466 flying hours, it will enter the Army Black Hawk Exchange and Sales Transaction program in August.