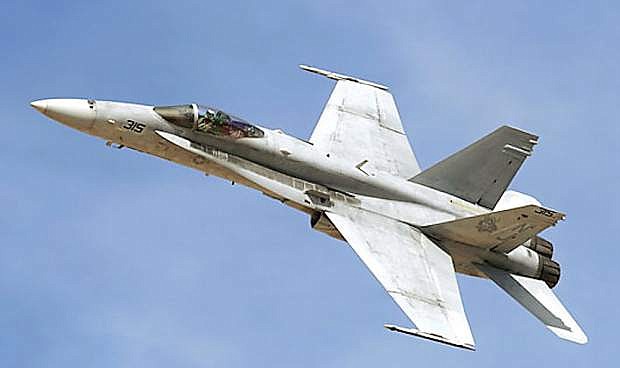 An F/A-18C Hornet similar to this one crashed Tuesday about 10 miles southeast of NAS Fallon.