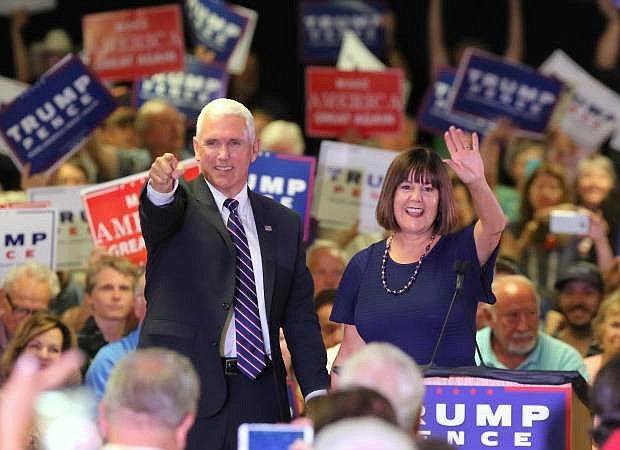 Gov. Mike Pence and his wife Karen wave to supporters at a rally on Monday at the Carson Nugget.