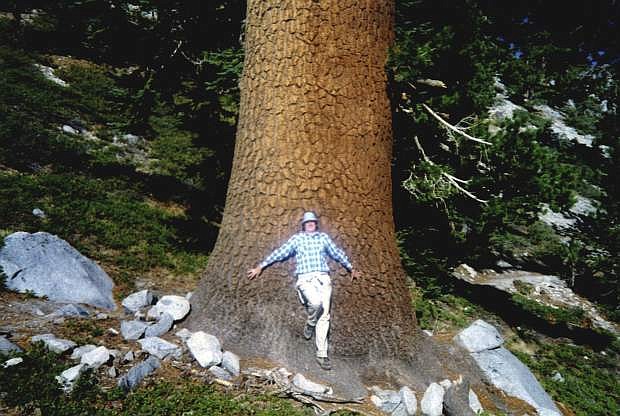 This May 2010 photo provided by Rod Haulenbeek shows Rod Haulenbeek standing in front of a Western White Pine tree at the Tahoe Rim Trail near Carson City, Nev. For the past 24 years, the state forestry division has maintained something called the Nevada Big Tree Register to track the largest and most impressive trees. The list was last updated in 2015 and now contains more than 300 different species. Reno resident, Haulenbeek serves as editor of the register, a painstaking job that requires him to find and measure every existing champion and new nominee. (Rod Haulenbeek via AP)