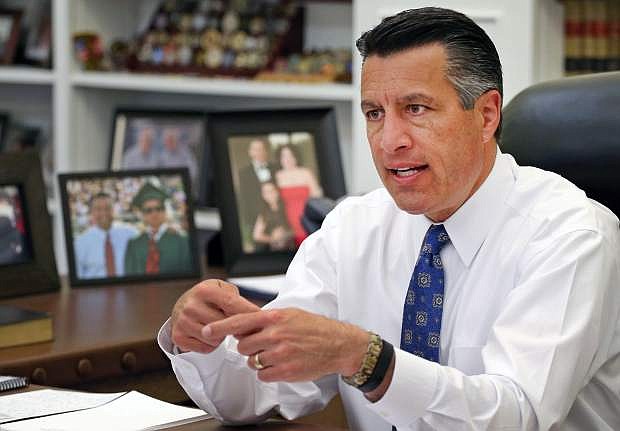 Nevada Gov. Brian Sandoval sits in his office at the Capitol in Carson City. Sandoval is coming out against a background check initiative that gun control advocates are supporting on the ballot this November.