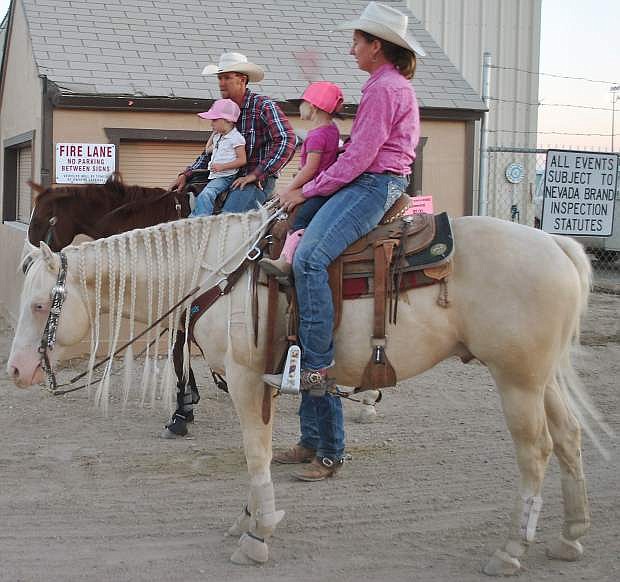 John Portman of C-Punch, left, and Blake Portman of Whiskey and Pearls wait with their children on horseback Saturday afternoon before team-sorting.