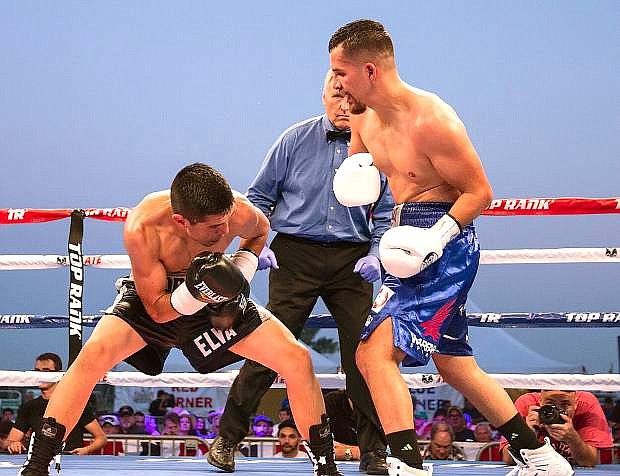 Oscar Vasquez of Reno, right, looks to land a left during his bout against Jose Toribio during Saturday&#039;s Fallon Fights. Vasquez is 5-0 at the annual Rural Rumble and 9-1 overall.