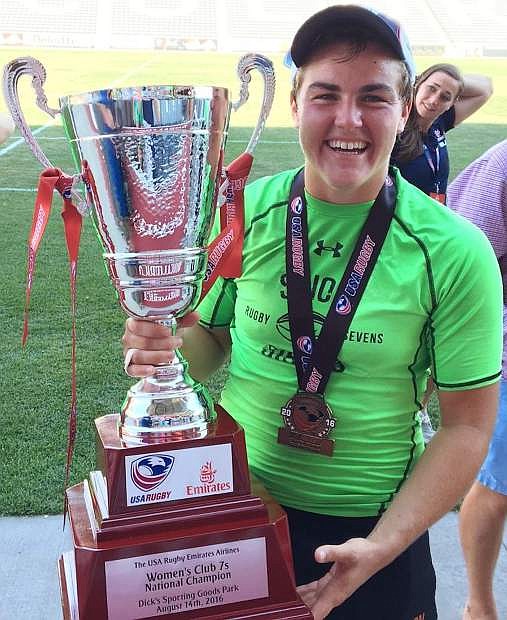 Sara Parsons, in her first year with the Scion Sirens, holds the Club Seven National Championship trophy for womens rugby after her team won the title on Sunday.