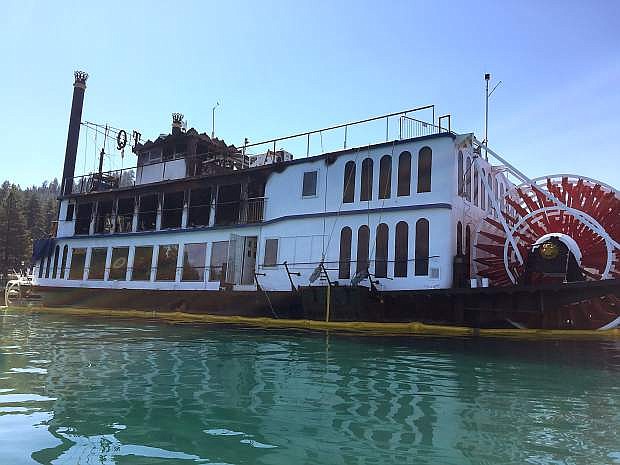 An up-close view of the Tahoe Queen after flames were put out Tuesday morning, Aug. 16.