Officials: No oil leaks into Lake Tahoe from boat fire 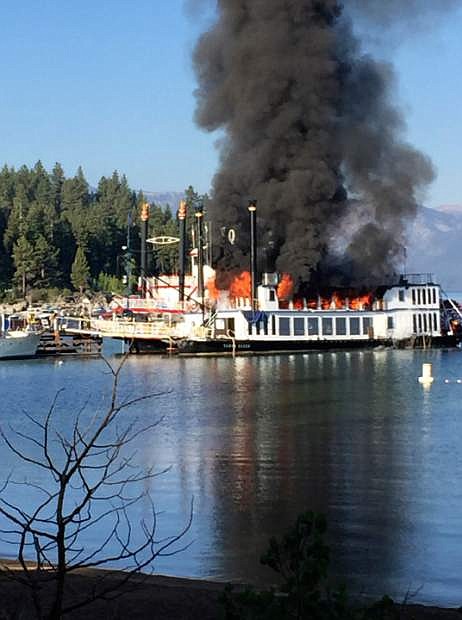 A fire rips through the second deck of a docked tourist cruise boat under repair at Lake Tahoe, in Reno, Nev., Tuesday, Aug. 16, 2016. The fire severely damaged the popular paddle wheeler and injuring two workers on board before crews extinguished the flames that sent a plume of black smoke high above the Sierra waters. (Zach Hastie via AP)