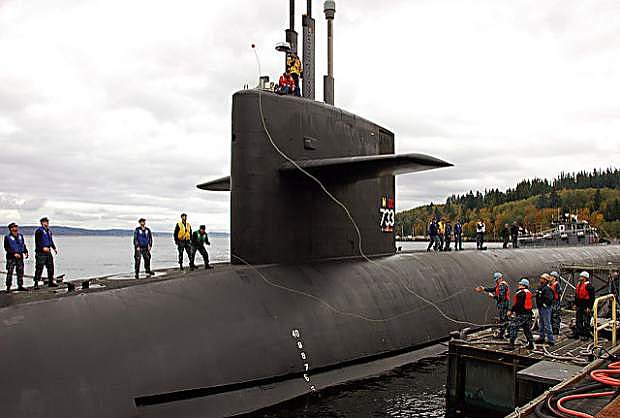 The Ohio-class ballistic-missile submarine USS Nevada (SSBN 733) receives mooring lines from shore as it prepares to dock at Naval Base Kitsap following a strategic deterrent patrol. The U.S. Navy is constantly deployed to preserve peace, protect commerce, and deter aggression through forward presence.