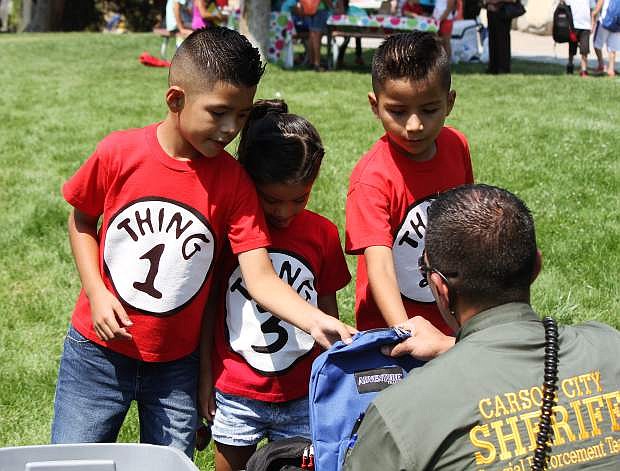 Three siblings pick out their new backpacks during Food For Thought&#039;s backpack giveaway. The organization provided low income children with new backpacks and supplies for the start of school next week.