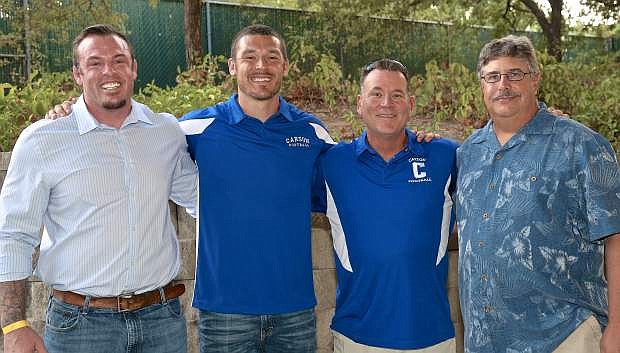 Carson High School Football Hall of Fame inductees pose for a photo Saturday night at the Marv Teixiera Pavillion. They are (L-R) Clint Treadway-Class of 1997, Scott Witter-Class of 2006, Coach Blair Roman and Matt Teixeira-Class of 1977.