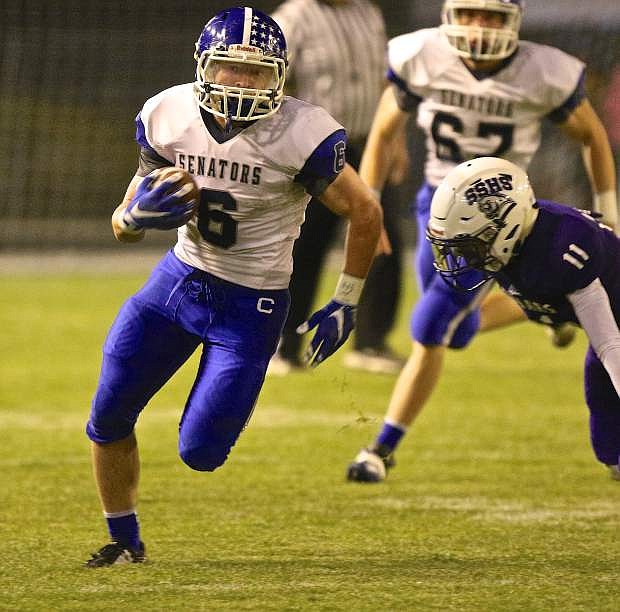 Abel Carter gains some yards on the ground in a game last season.