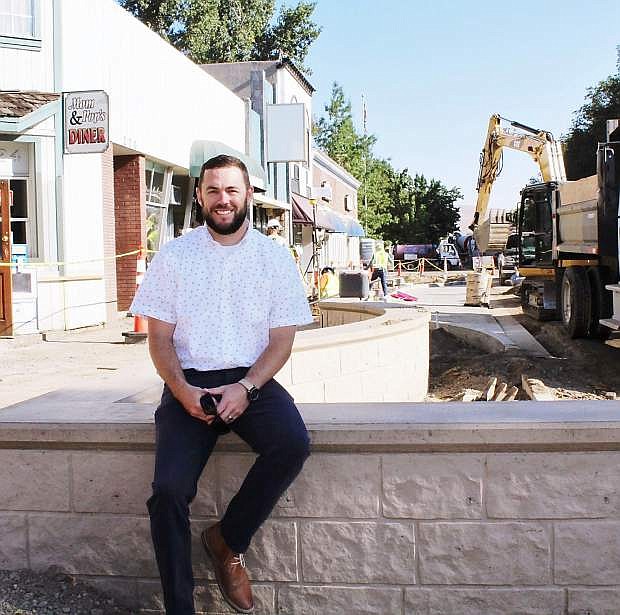 Carson City Engineering Manager Danny Rotter sits on one of the newly poured seat walls that will contain landscaping and serve as a place to rest.