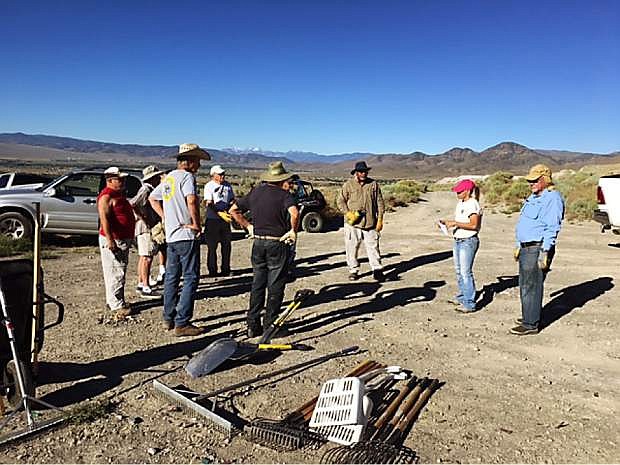 Cleanup starts on a BLM Adopt-A-Site near Basalite Quarry east of Dayton with BLM Program Coordinator Corey Gardner, in the pink hat, who holds a safety meeting with residents of Copper Canyon Estates.