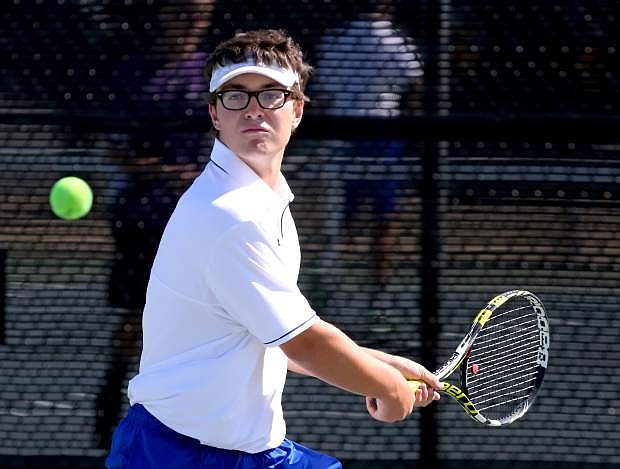 Doubles player Jayson Artz returns a serve in a match against Spanish Springs on Tuesday.