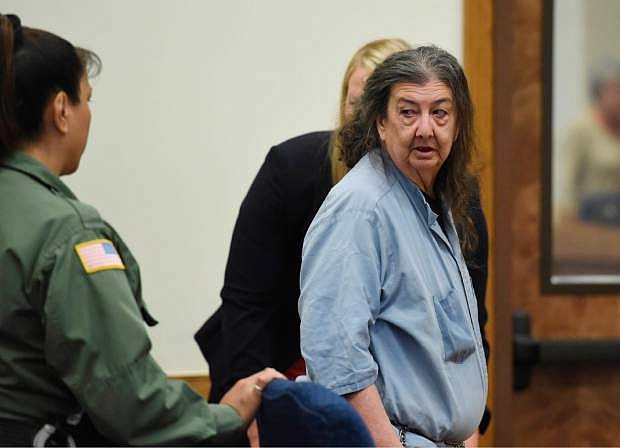 FILE - In this Sept. 8, 2014, file photo, Cathy Woods appears in Washoe District court in Reno, Nev. The lawyer for the 67-year-old woman imprisoned 35 years for a Reno murder she didn&#039;t commit, says authorities in Nevada and Louisiana who helped convict her now are doing everything they can now to keep her from getting the compensation she deserves. (Andy Barron/The Reno Gazette-Journal via AP, File)