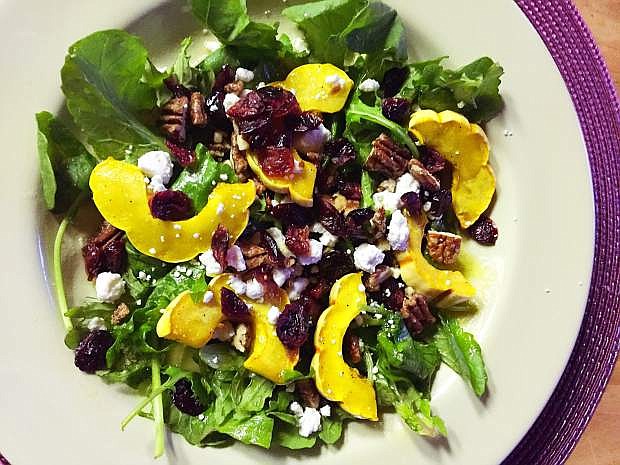 An arugula salad topped with roasted delicata squash and other goodies is a great healthy side for Thanksgiving dinner.