The Popcorn Stand: The dolly llamas 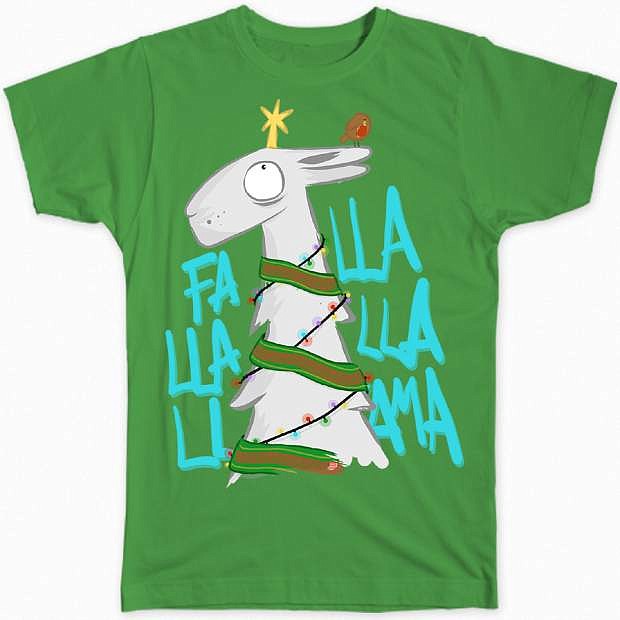 This image released by Barry Sellers shows a holiday-themed T-shirt featuring a llama. With Christmas and Hanukkah bumping together this year _ Hanukkah begins on Dec. 24 _ llamas have become an oddball theme on ugly sweaters, gift wrap, greeting cards and other items for both holidays. (Barry Sellers via AP)