League title is on the line against elko 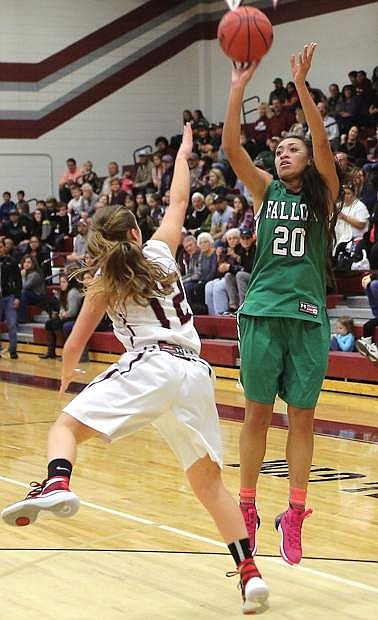 Fallon&#039;s Leilani Otuafi (20) jumps to shoot in the Lady Wave&#039;s previous win against Elko in the first half of the season.