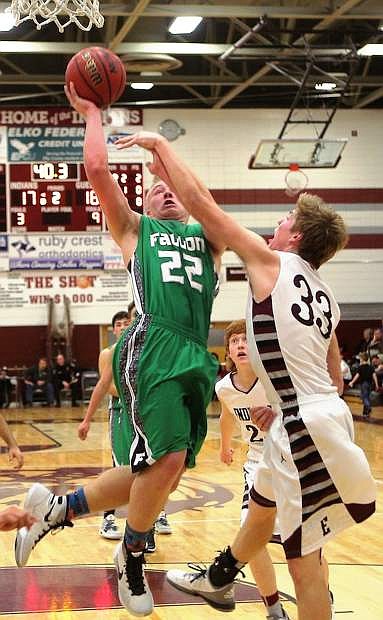 The Wave&#039;s Cade Vercellotti (22) jumps high for a basket in Fallon&#039;s previous game against Elko on the road.