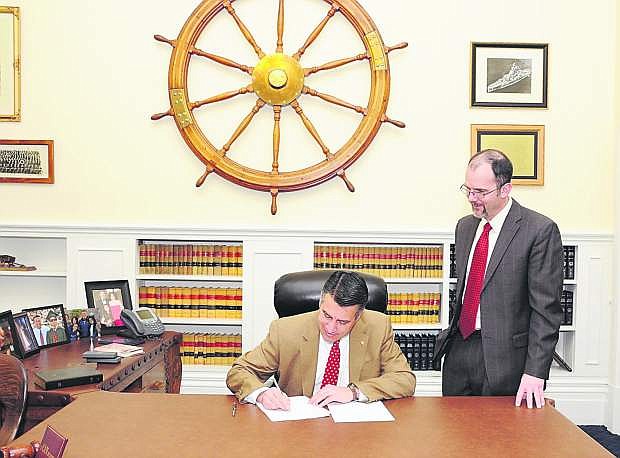 Gov. Brian Sandoval signs a Statement of Emergency at the request of Interim-Superintendent of Public Instruction Steve Canavero to issue provisional teaching licenses.