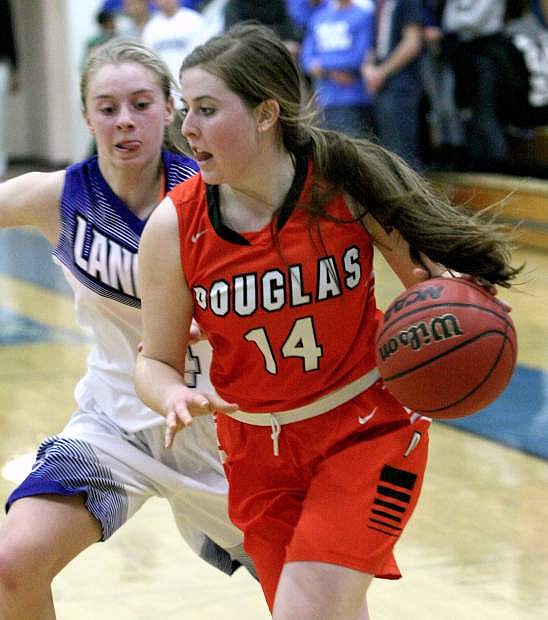 Madison Rodgers of Douglas drives the baseline in a playoff game against McQueen on Tuesday night.