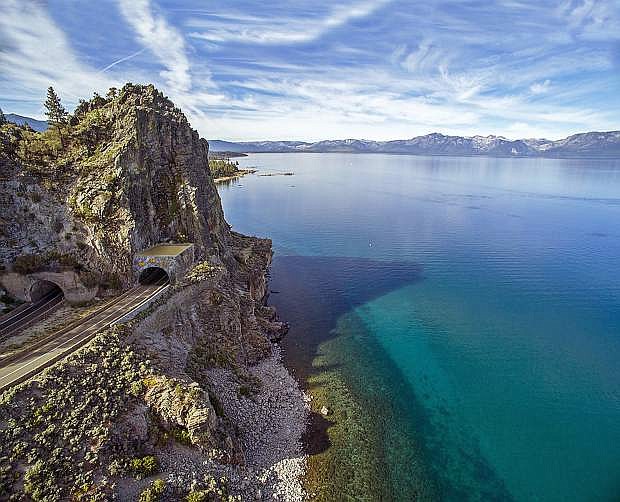 This rendering shows a planned 60-foot expansion of Cave Rock Tunnel along Highway 50. It includes a rock-fall shelter on the north side of the westbound tunnel.