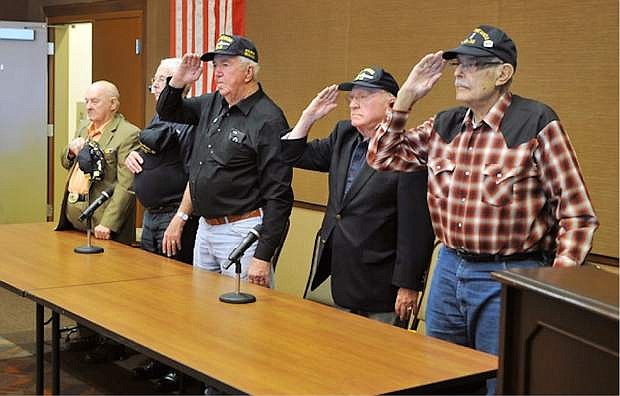 Veterans of the USS Nevada battleship salute a color guard Thursday during their first reunion in several years at the Nevada State Museum in Las Vegas.