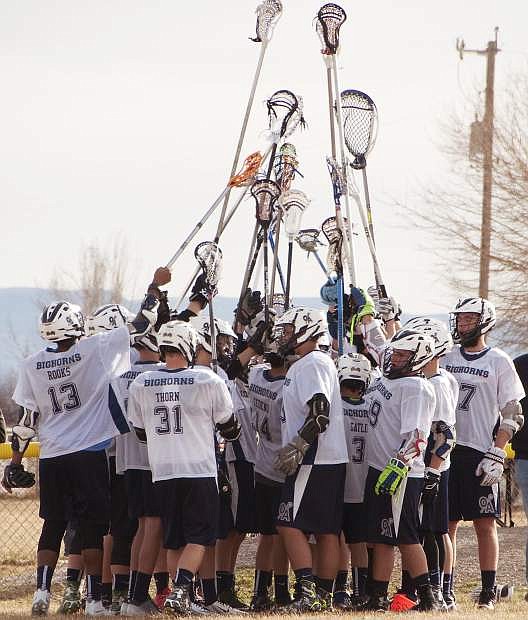 The Bighorns Lacrosse team rally after their win against Reed High School.