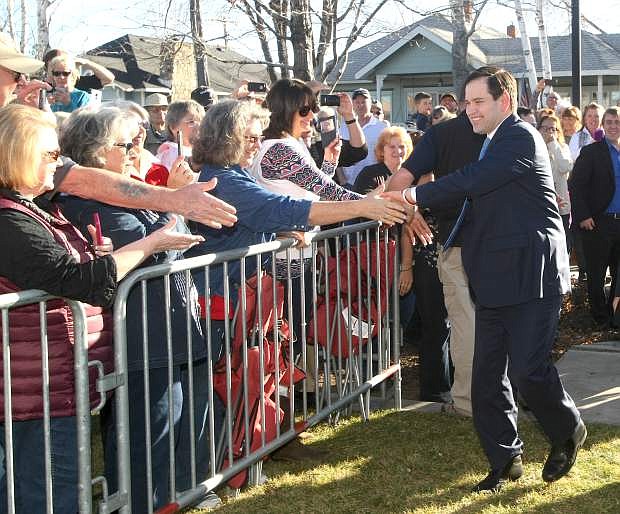 Florida Sen. Marco Rubio greets his supporters during a campaign stop at Minden Park in Carson Vallley on Monday afternoon.