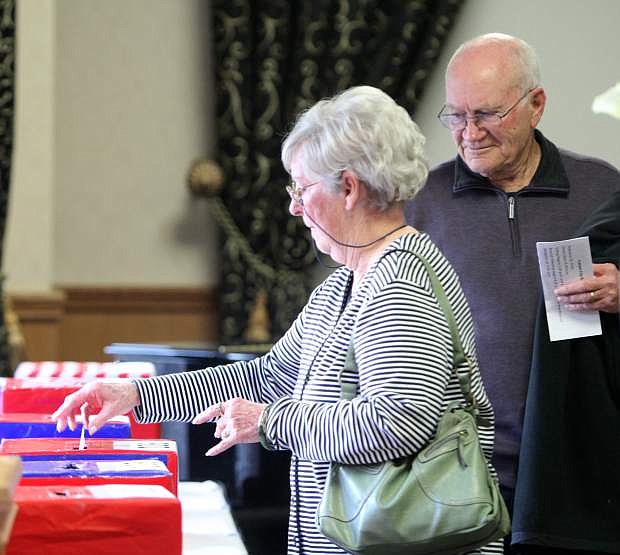 Bill Witt looks on as his wife Theresa votes in the GOP caucus at the Carson Nugget on Tuesday night.