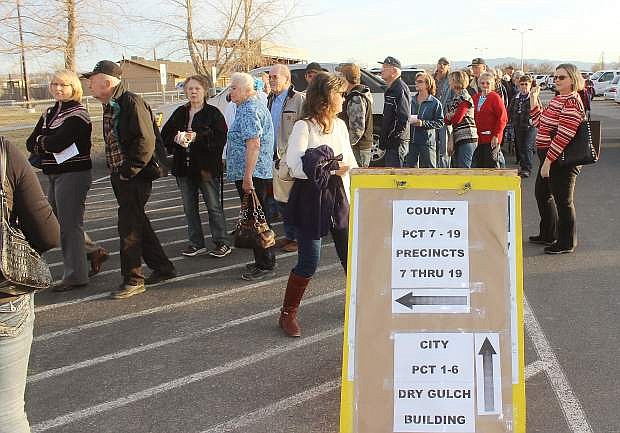 Hundreds of Republican caucus goers wait in line Tuesday at the multi-purpose building.