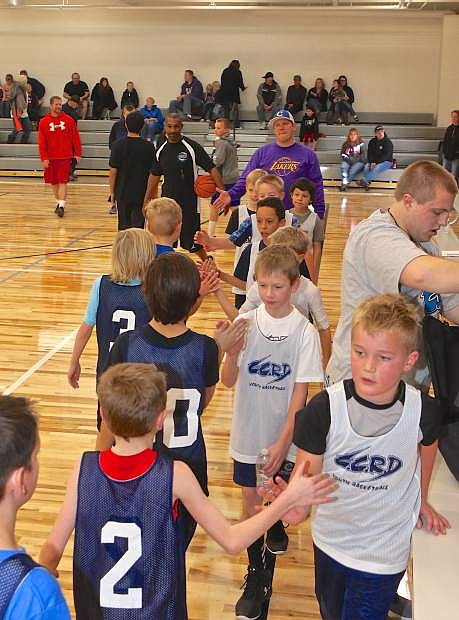 The Bulls and Lakers congratulate each other following a 3rd grade Carson City Park and Rec youth basketball game Saturday at the MAC.