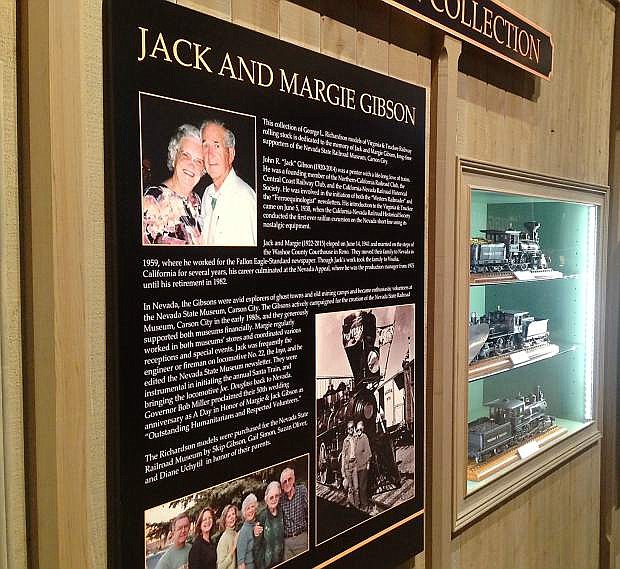 A $40,000 donation by the four children of Jack and Margie Gibson has enabled a key exhibition at the Nevada State Railroad Museum in Carson City in honor of their parents.