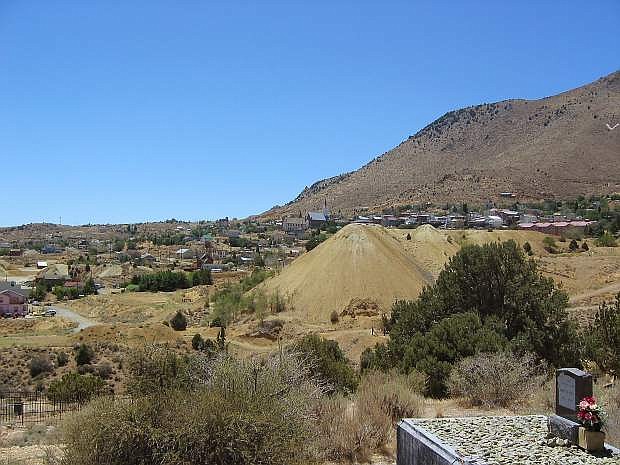 View of Virginia City from the Silver Terrace cemeteries, located north of the historic mining community.