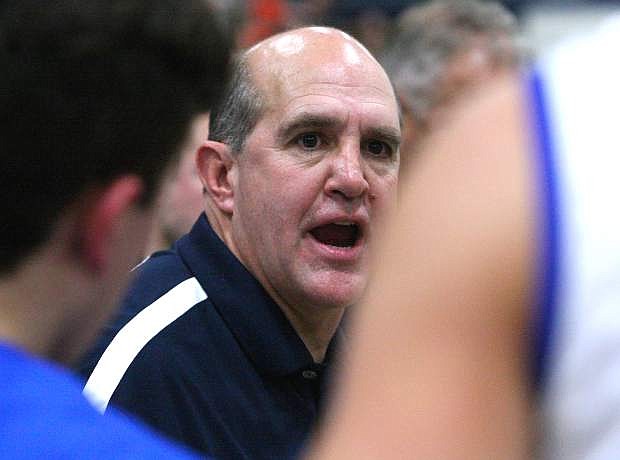 Head coach Carlos Mendeguia talks to his team during a time out in a game against Douglas on Tuesday night.