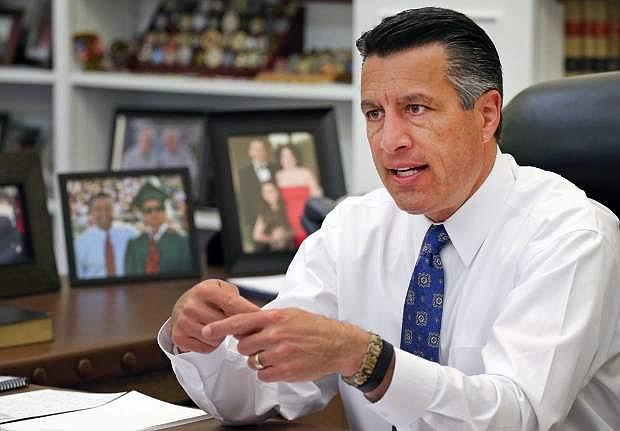 FILE - In this April 17, 2015 file photo, Nevada Gov. Brian Sandoval sits in his office at the Capitol in Carson City, Nev. Sandoval is pressing the Obama administration to alter its sage grouse protection plan to free up thousands of mining claims by shrinking the restricted area in exchange for making other unprotected areas off limits. (AP Photo/Cathleen Allison, File)