Chalmers has chance for his breakthrough win 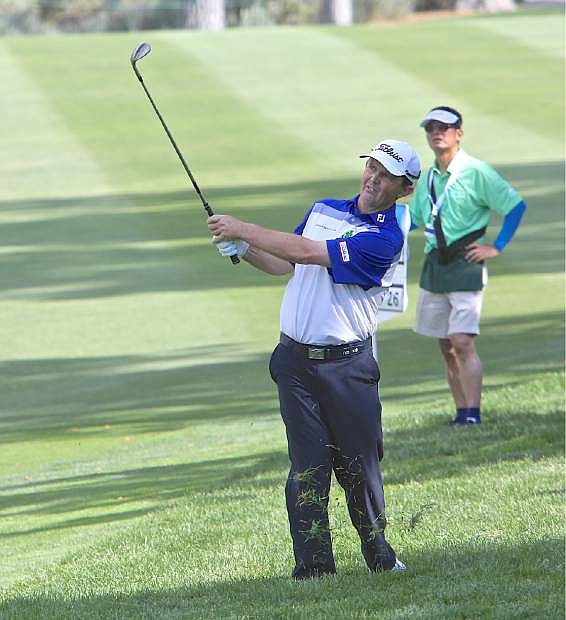 Greg Chalmers had a rough 8th hole but recovered to stay in the lead Saturday at the Barracuda Championship at Montreux.