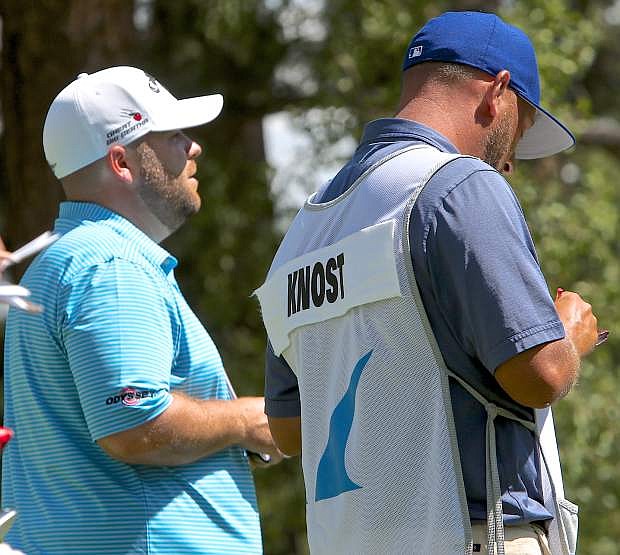 Colt Knost gets some advice from his caddy prior to teeing off on the 3rd hole at Montreux Saturday.