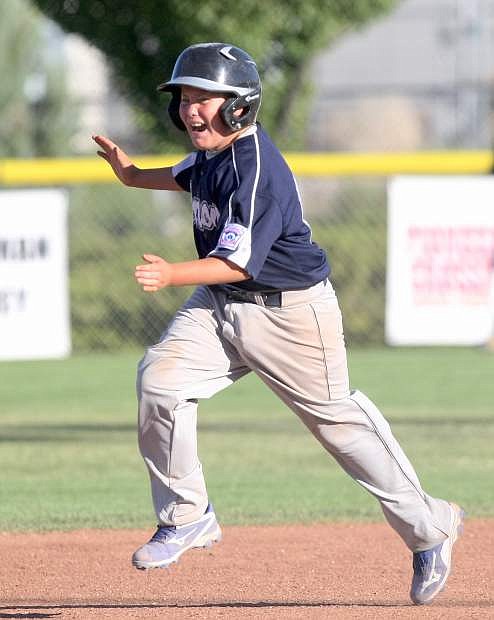 Tyler Palmer celebrates his 2-run home run as he rounds the bases in a game against the Reno Continentals on Tuesday.